The first and continous sports event in Turkey,İstanbul Challenger (previously TED Open) which has been held for 65 years is awarded as the best Challenger in the world among 129 Challengers held in 44 countries during the sponsorship of Akbank Private Banking in 2003.

The decision was made by the evaluations of the observers, the referees and the players of ITF (International Tennis Federation) and ATP (Association of Tennis Professionals). It was declared to the board of the club and the club was praised and thanked for contribution to tennis.

As a result of the evaluation made by the observers,referees and the players, TED Club was 11 th in 2001and 5 th in 2002. The first year of Akbank Private Banking sponsorship and three years onwards, the success of the organization had been distinctive and it was rewarded the best tournament due to the perfect cooperation.

We would like to thank to our main sponsor of the time Akbank Private Banking and official hotel Mövenpick Hotel Istanbul. We would also like to thank Travel Club International, Erikli Dogal Kaynak Suları, Turkiye Hastanesi, NTV, Alem FM, Buzzer Energy Drink, RGS Security and TESYEV for sponsoring the event and making it to become the best challenger in the world.

Letter from ATP and ITF 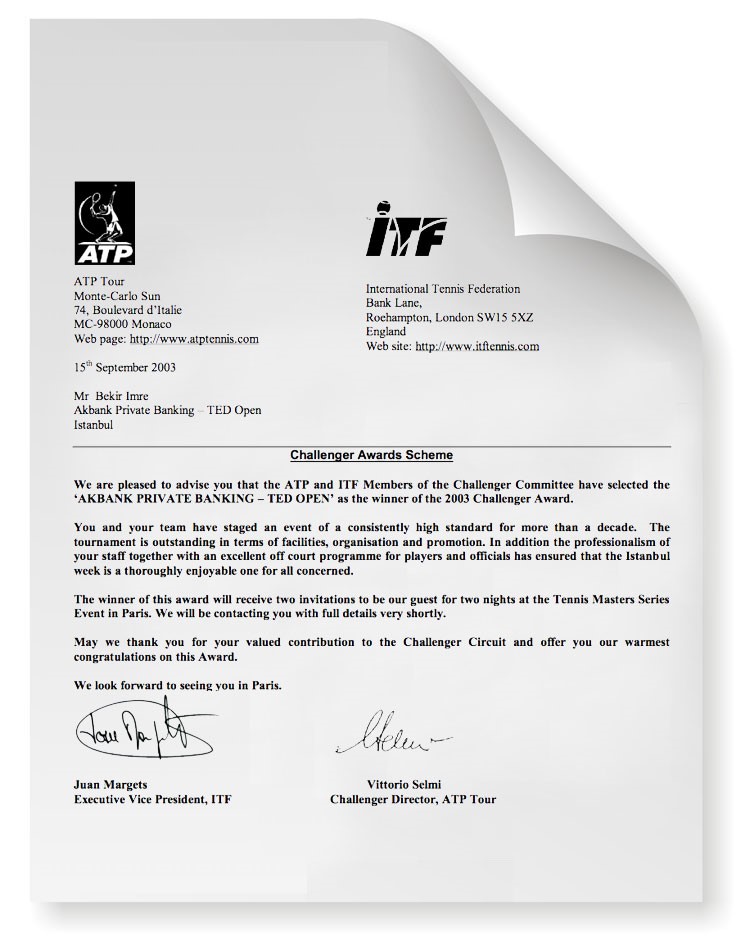